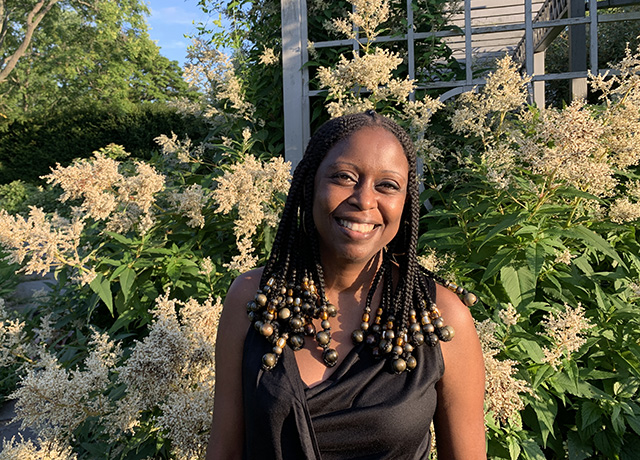 Horticulturist and Landscape designer Wambui Ippolito is the 2021 Best in Show award winner at the Philadelphia Flower Show, the largest show of its kind in North America. She is the first Black woman ever to win and first solo female Major Exhibitor to do so.

She was born in Kenya. She was influenced by her mother’s garden in Nairobi, her grandmother’s farm in the countryside and the natural landscape.

Wambui is a graduate of the New York Botanical Garden School of Horticulture. She has worked in Martha Stewart’s and David Letterman’s gardens and owns and runs her own Landscape Design company. In 2021, Veranda Magazine named her one of “11 Revolutionary Female Landscape Designers and Architects You Should Know.”

She lives in New York City, where she concentrates on urban gardens, public spaces and large estates.