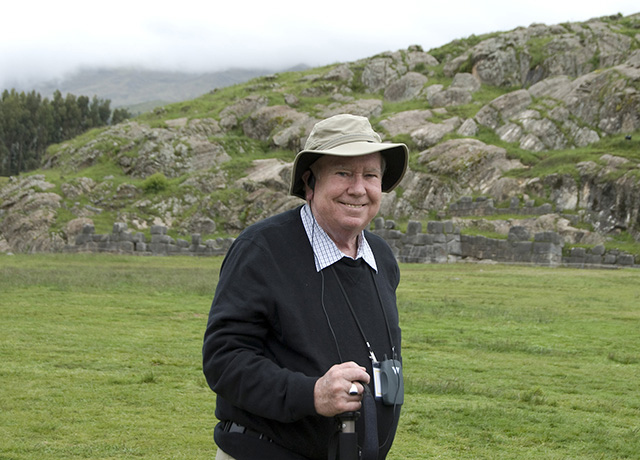 Peter H. Raven is one of the world’s leading botanists and advocates of conservation and biodiversity.

For four decades, he headed the Missouri Botanical Garden, an institution he nurtured into a world-class center for botanical research, education and horticultural display. He retired as president in 2010 and assumed the role of president emeritus.

Described by Time magazine as a “Hero for the Planet,” Raven champions research around the world to preserve endangered plants and is a leading advocate for conservation and a sustainable environment.

In recognition of his work in science and conservation, Raven is the recipient of numerous prizes and awards, including the prestigious International Prize for Biology from the government of Japan and the U.S. National Medal of Science, the country’s highest award for scientific accomplishment. He has held Guggenheim and John D. and Catherine T. MacArthur Foundation fellowships. He initiated and c0-chaired the Flora of China project.

Raven was a member of President Bill Clinton’s Committee of Advisors on Science and Technology. He also served for 12 years as home secretary of the National Academy of Sciences and is a member of the academies of science in Argentina, Brazil, China, Denmark, India, Italy, Mexico, Russia, Sweden, the U.K. and several other countries.

The author of numerous books and reports, both popular and scientific, Raven co-wrote Biology of Plants, an internationally best-selling textbook, now in its eighth edition. He also co-authored Environment, a leading textbook on the environment.